Over the years, the Club has hosted the following tournaments: 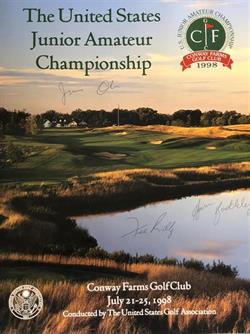 The inaugural U.S. Junior Amateur was played at the University of Michigan Golf Course and drew 495 entries. Dean Lind, of Rockford, Ill., defeated future U.S. Open champion Ken Venturi, of San Francisco. Since then, a number of prominent players have won the U.S. Junior Amateur, including 14-time major champion Tiger Woods, who captured three consecutive titles from 1991-93. Jordan Spieth, the 2015 U.S. Open champion, is the only other individual to win multiple Junior Amateur titles.

2002 & 2006 CANON CUP
LAKE FOREST, Ill. - The West Team retained possession of the Canon Cup as it cruised to a 35.5-14.5 victory over the East Thursday in the 13th annual event. Five members of the victorious West squad went a perfect 4-0-0 in their four matches.The Canon Cup, conducted by the American Junior Golf Association and hosted by Conway Farms Golf Club, featured 40 of the nation's top junior golfers ages 13-18. The competition annually pits East vs. West in a match play format similar to the Ryder Cup. The East holds a 7-5-1 advantage over the West, and past participants include Tiger Woods, Stewart Cink, Beth Bauer and Cristie Kerr. 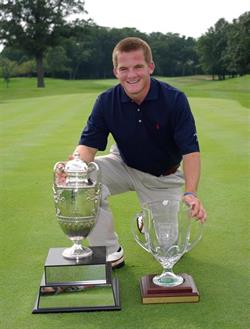 HISTORY
The Western Amateur is renowned for being the toughest test in amateur golf. It has been a prestigious national championship since its founding in 1899.

The "Sweet Sixteen" compete in match play on Friday and Saturday to decide a champion.  The Western Amateur's Sweet Sixteen represent the best of the best in amateur golf. 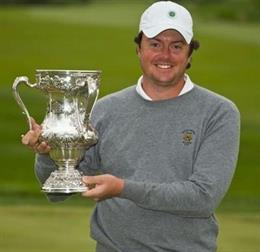 HISTORY
In 1981, the USGA inaugurated the U.S. Mid-Amateur, a national championship for golfers at least 25 years of age. Since 1980, only four mid-amateurs have won the U.S. Amateur, the last coming in 1993 by John Harris.  In 2017, the USGA announced that the U.S. Mid-Amateur champion would receive an exemption into the following year's U.S. Open Championship.  Since 1988, every champion has been invited to play in The Masters.